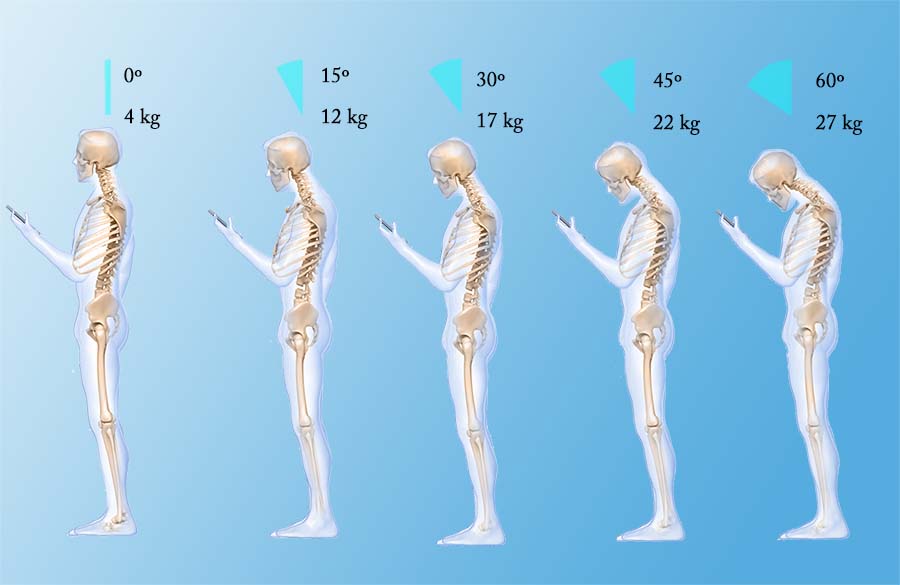 Whatsapp is living a big increase and spread of its use, but this leads to a growth of the dangers and the injuries caused by use of mobile phones. Kenneth K. Hansraj, chief of spine surgery at New York Spine Surgery and Rehabilitation Medicine, made a study showing how the position of the neck while reading or texting increases the weigth of the head on the neck. In addition to this, wrists and fingers may suffer from some problems, the so called “WhatsAppitis”.

These are just some of the side effects of the arrival of touchscreens in our life.

Whatsapp dangers for the neck

The most common injuries produced by the use of Whatsapp are known as Text Neck. This syndrome causes pain, soreness and tightness in the area of the neck and cervical spine due to the position of the neck and the head that tilts forward.

We found an interesting research about the problems that may be caused by Whatsapp: there is a direct link among neck flexion, extension of the head, the weight and the pressure on the cervical spine and the neck. The research, by the American surgeon Kenneth Hansraj includes an interesting infographic that shows the link between the flexion and the pounds that the neck has to carry. 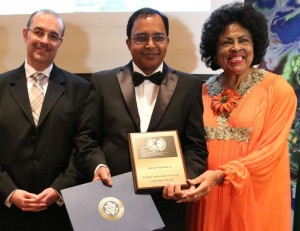 Kenneth Hansraj, author of the study

How to calculate and value the damage that Whatsapp is doing to our neck? Doctor Kenneth Hansraj created a model of the spine to calculate the pressure (extracted in Newtons and then turned to pounds). As standards values, he calculates that the head and the neck have a weight of 60 Newtons (13,50 pounds) and the gravity center is situated 18 centimeters on top of the C7 vertebra.

Hansraj stated that the weight hold by the spine drastically increases when we tilt the head forward modifying its usual angle. So far, it is the only research about the pressure suffered by the neck when you amplify the angle tilting the head forward. Moving the neck, we change the gravity center and the actual weight that it has to hold (up to 60 pounds with a 60° tilt).

According to the study, the best position is the one where the ears are aligned to the shoulders. The research also highlights that we usually spend from 2 to 4 hours per day with our head tilted: to read,  to use our mobile phones or writing on Whatsapp. This sums up to an average of 700 to 1.400 hours per year, that could reach 5.000 hours if we are talking about students.

Whatsapp dangers for fingers and wrists

“Fingers and wrist injuries caused by the use of Whatsapp”: this is what some Spanish physiotherapist warn us about in an article in a local newspaper. According to what they say, there are patients that call on physiotherapy clinics because they have injuries caused by the wrong use of cellphones and tablets, already. The damaged areas are thumbs, wrists and cervical; this injuries may cause other ones with degenerative nature. This kind of injuries are similar to what once was typical of “people doing a job where they were only making a repetitive movement of one part of the body: such as the thumb for seamstresses, for example”.

The thumbs injury that comes from the use of a smartphone has already been the subject of an article released in 2014 by the scientific magazine Lancet. The term “whatsappitis” was invented, back then. According to the medical diagnosis it was a bilateral extensor pollicis longus tendinitis of the thumb.

The medical case was the following: a 34 years old woman was taken to emergencies because both of her wrists were hurting.  The patient was feeling pain while the doctor was doing a manual examination, with radial styloid palpation and thumb mobilization. She had no history of previous injuries and had not made any excessive exercise in the previous days.

She started to feel the pain on Christmas Eve after using her smartphone (130 grams is the weight of an Iphone 6) for 6 hours to send whatsapp messages and other instant message services to her family. That was the first case of Whatsappitis and it has been cured with a treatment with nonsteroidal anti-inflammatory (the patient was pregnant and at her 27th week) and a forced abstinence from using the phone to send messages. Previously, there had been similar diagnosis of so-called Nintenditis, back in 1990 and wiitis.

The origin of these injuries due to the use of Whatsapp or similar instant message services situates in the over-use and abuse of the thumb articulation. The position that the thumb take while texting (towards the interior part of the hand) could became an injury. Who may suffer from it are whatsapp regular users or the ones who uses their smartphone a lot, as for example people who write and send work emails.

A basic recommendation to avoid these injuries coming from whatsapp abuse is to use the smartphone while sitted, leaving the phone on the table and alternate the fingers to write. Do a pause every 15 minutes and hold the phone at eyes height, and try not to flex the spine.