The Achilles tendon: Injuries and treatment with percutaneous electrolysis 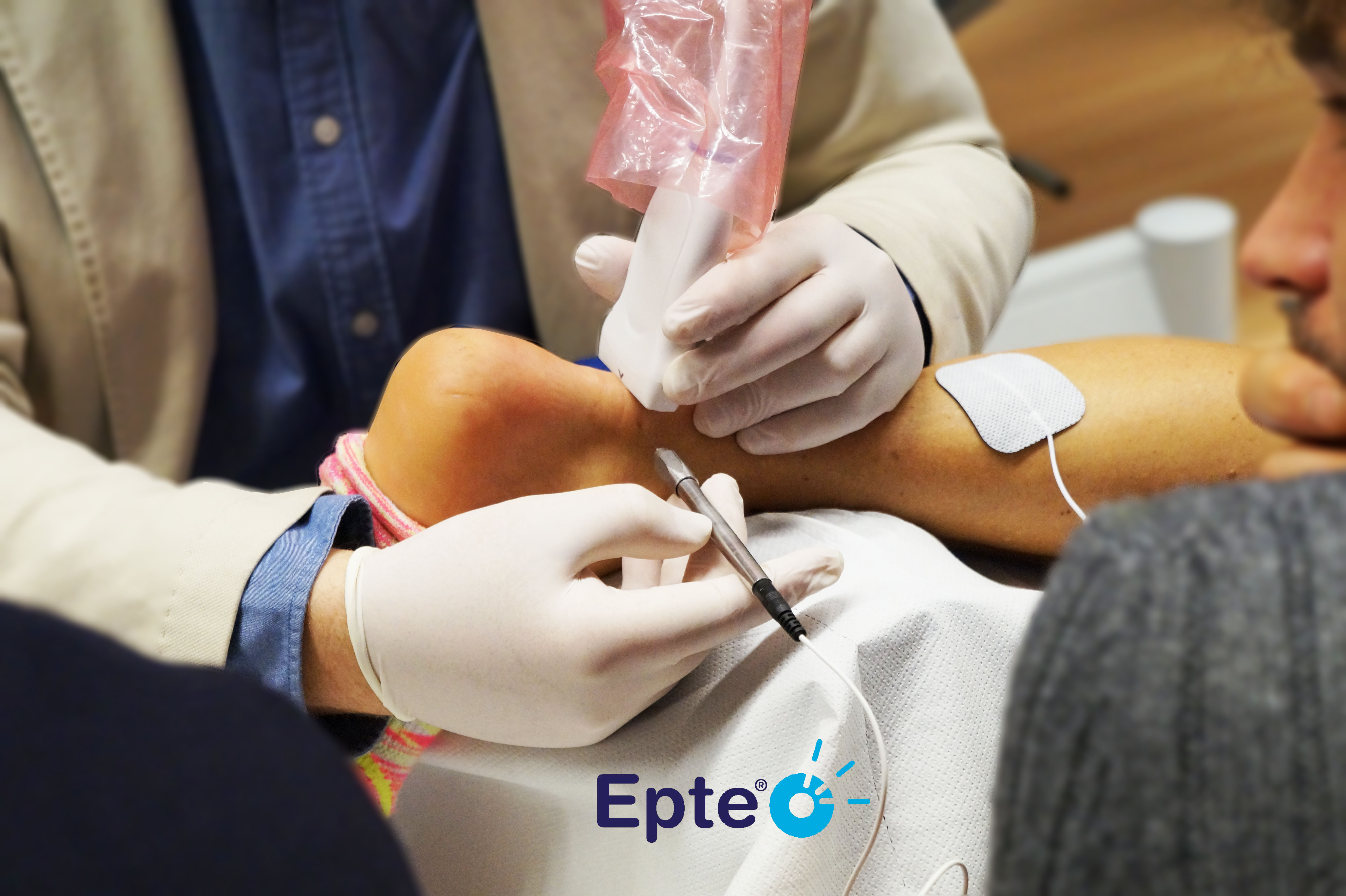 The Achilles tendon, stretching from the heel bone to the calf muscle, is one of the strongest and longest in the body. It is responsible for the ability to extend the foot and point the toes.

Yet it is one that often suffers from injury. Tendonitis is an inflammation of the tendon, typically resolved quickly. When the injury lasts more than a month it may progress to a degeneration of the tendon, considered a tendonosis or tendinopathy. In this instance the tendon loses its organised structure and begins to suffer microscopic tears, further compromising its integrity.

Up to 50% of ex-athletes aged over 45, and 10% of sedentary people, experience Achilles tendon injuries. These are usually the result of “overuse”, caused by a sudden increase in repetitive actions involving the Achilles tendon. Physical characteristics, such as over pronation and the use of shoes without adequate stability, can further aggravate the Achilles tendon and lead to injury.

Injuries to the Achilles tendon are painful and greatly reduce function. In the last few years there has been an increase in the number of ruptures of the Achilles tendons, due to the rise of the “weekend warrior”. These are generally sedentary, middle aged men who engage in vigorous sporting activity only on weekends. Another section of the population with a high incident of Achilles tendon injuries are people aged over 70.

What actions can lead to injury?

During sport, movements that can lead to Achilles tendon injuries include bursts of activity, such as start/stop and sprinting. Achilles ruptures can occur when:

These force an unexpected and fast movement from a plantar flexion to a maximum dorsal flexion, leading to a break of the fibres. An injury to the Achilles tendon is usually painful, and if not treated correctly can degenerate to a chronic tendinopathy.

The biomechanics of the tendon during each step usually require the contraction of the fibres when the foot firstly contacts the floor, relaxes during the support stage, and returns to maximum strength when lifting off. Most Achilles tendon injuries typically occur between 2 to 6 centimetres from the heel. 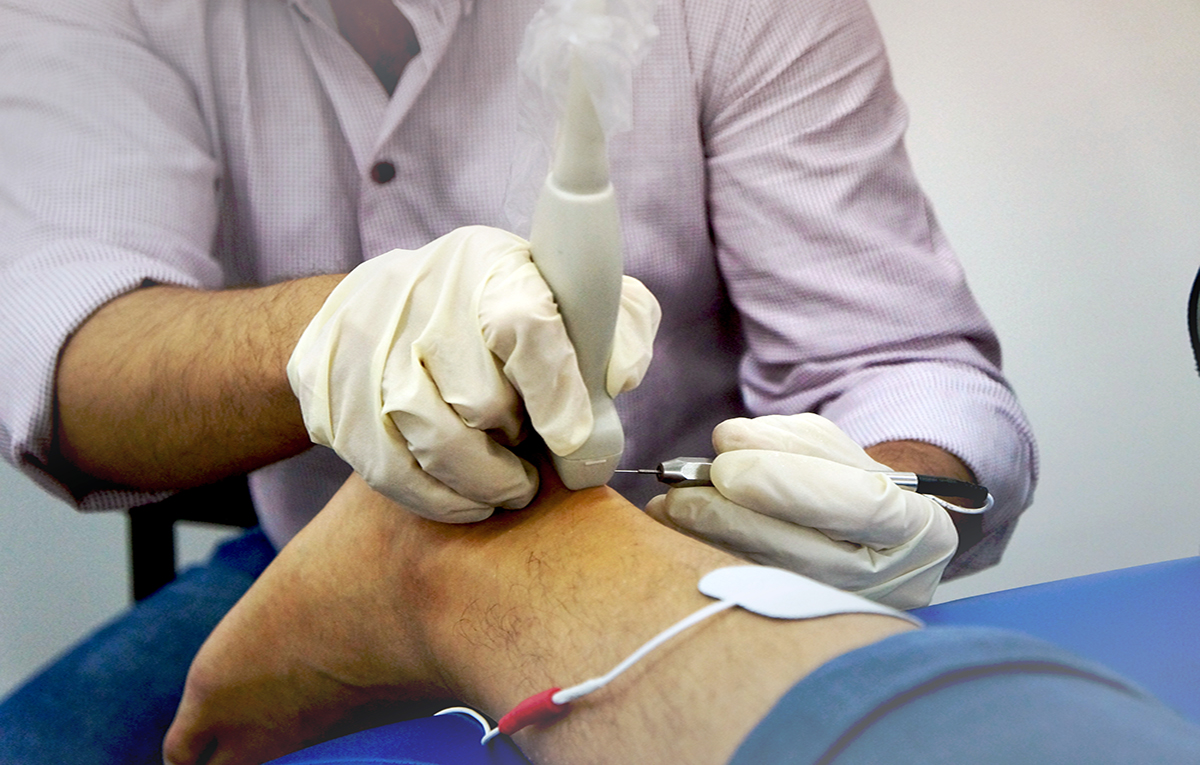 A new solution to tendinopathies which is having great results is EPTE, percutaneous electrolysis therapy. Physiotherapists that currently apply the EPTE technique to Achilles tendons in Europe report faster recovery times and great success rates. A series of EPTE sessions, combined with eccentric exercises, contributes to the tendon’s repair.

Percutaneous Electrolysis Therapy reduces the need for surgery. The patient experiences minimal discomfort during an EPTE treatment due to the use of microcurrents. Shorter recovery times and more successful outcomes are being reported through the use of the EPTE technique.