Excess of salt hiden in food

HomeExcess of salt hiden in food 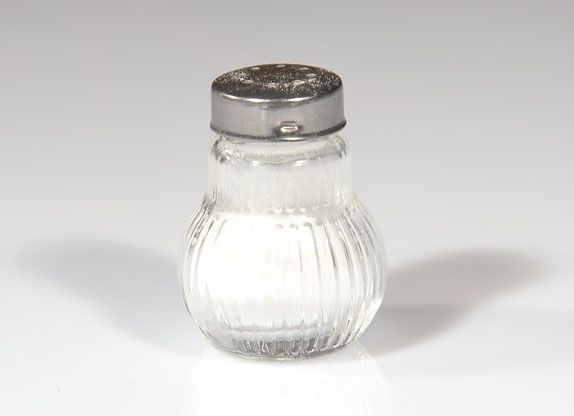 Our health could be afected by the excess of salt. According to experts, we are taking twice the amount of salt we must. In the last 5 years, the amount of salt in processed food has been increased in a 6%. A consumers association (OCU,in Spain) compares some processed products between 2010 y 2014.

We consume 10 grams / day of salt. OMS recommends to halve this amount.

The OMS recommends 5 grams of salt each day as a maximum (divided among all the daily meals). The greatest part of the excess of salt is due to the salt in processed food. The label should include the amount of salt in this products. Salt (NaCl) is referred in the label as sodium (Na). A gram of sodium (Na) means 2,5 grams of salt. Some examples of high salt level products are the bread, sauces, biscuits (salted or sweet), crisps, hot dog, processed meat and also processed baked goods.

But our body needs salt. The sodium balances the amount of water in our body. Nevertheless, an excess  of salt will accumulate water, and the volume of blood and the hearth is forced to work more. Then,the artherial pressure increasesa and for this reason the risc of cardio-vascular diseases. It will also indirectly affect the risk of obesity,stomach cancer or ostheoporosis.

Food with excess of salt

Some products with excess of salt (bread, sauces,…) even without salted flavour,… It is used  because it is a strengthener of flavour and a preserving.

To reduce the salt will improve your health

To Start reducing salt consumption to reach the amount recommended by the OMS will have positive consequences from the very beginning,  as some studies published has proved. With less salt consumed, the risk of suffering  from stomach cancer will reduce in a 14%, according to the World Cancer Research Fund (WCRF).

In 2015 some institutions start with a campaign against excess of salt has been. The purpose was to reduce at least in a 30% the consumption of this product. Once the goal will be reached, next step will be reduce it until 50%.

Do you enjoy this article? We recommend you this:

The hidden sugar in food and drinks