Parents and school trainers are worried about the incresing levels of children’s obesity. Sedentarism and the lack of activity has a lot to do with it, but things could change. Two programs stablish a new way to introduce students in sports and reach a minimum level of physical activity.

The Daily Mile: an initiative against obesity

An initiative in a primary School in Scotland has spread to the rest of the UK, the Netherlands, South Africa and beyond.
They did the test: ask for the students (Primary 6) to walk around the football field. Most of them needed to stop and rest, they were so unfitl. They admited it and ask to change it. They start with an activity of 15 minutes / 1 complete perimeter tour 5 laps / 1 mile. After a month, they see an important transformation. 4 years leather, thousands of students (500 schools) participate in the iniatiative. A preliminary study (University of Stirling and Universty of Edinburg) shows that Daily Mile Primary Schools obesity is a half of the national average. Moreover, this activity is inclusive and non competitive (it is not a race) and increase the level of mental, social, emotional health and welbeing. 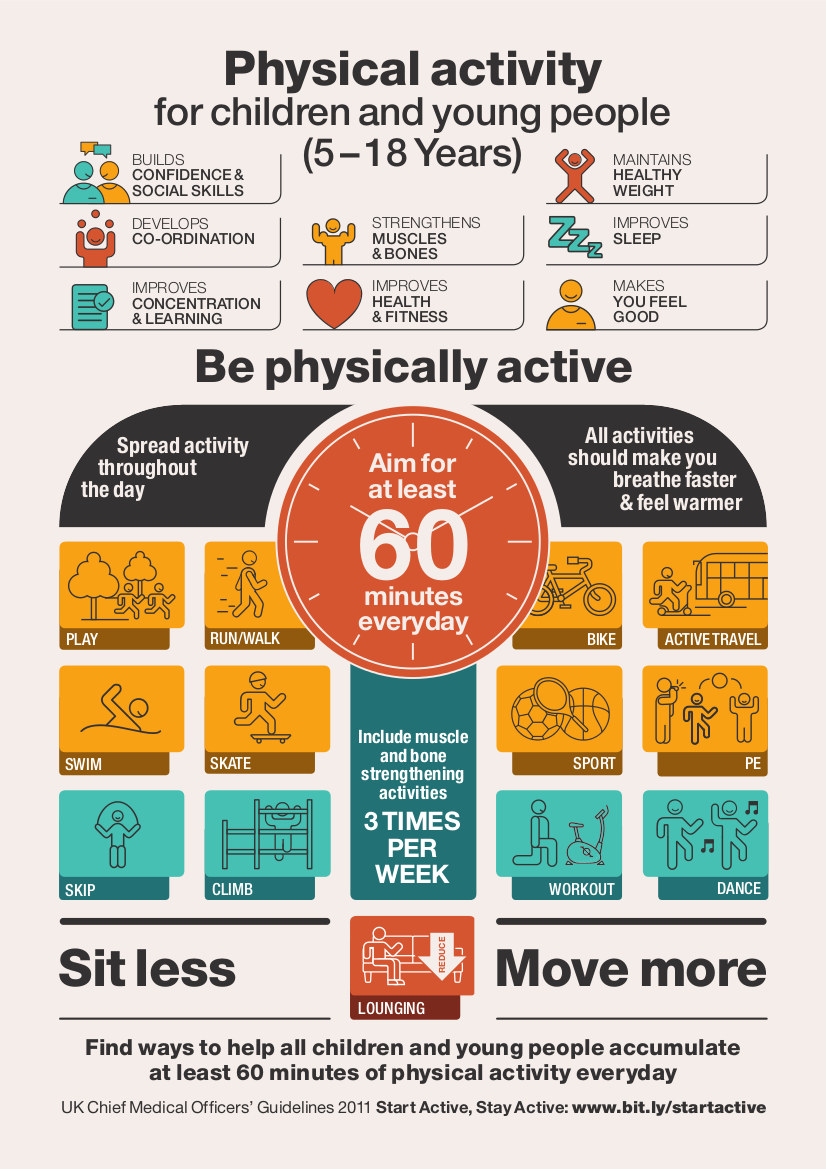 Obesity in sports children: an example in the USA Hockey

The study “Youth Sport Practice Model Gets More Kids Active with More Time Practicing Skills” Authors: Michael Kanters at alii assures that organized sports help children to make sport but are not enough to garantee the recommended 60 minutes of daily MVPA (movement), due to the percentage of inactivity time. A new model_ADM (american development mode) was proposed to redisigne the practice structure: small areas, more players,… They compared it with the traditional model in two leagues in the USA Hockey. As a result, in ADM, drill activity was higher and MET (metabolic equivalent of task) was higher. It could be said that they reach the wished 60 minutes of daily activity in children.

Improving the health of the children, according this two experience, give us 3 main conclusions:

Some programs, as ADM, 60 minutes a day or the Daily Mile has shown to be more effective than other solutions. So let your children start with a non competitive non exclusive activity, and ask for their integration in their schoolar programs.